The Threat of Radical Islam to Europe and the West 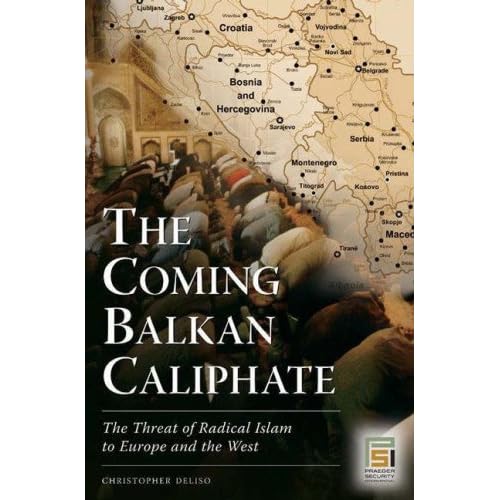 Review
"Anyone imagining that Moslem extremists must be seen as a threat only east of Suez should read Chris Deliso's alarming accounts of their activities in parts of the Balkans made vulnerable by wars and poverty." - David Binder, New York Times Central and Eastern European correspondent, 1961-2004.

"Chris Deliso is a veteran field reporter and one of the foremost experts on the Balkans. Unlike many of the mainstream 'parachute' journalists who drop in every time a new violent crisis erupts, Deliso lives in the region and therefore better understands the dynamics and political intrigues. This book presents a compelling glimpse into the much overlooked spread of radical Islam throughout the former Yugoslavia. A must-read for those who have prematurely declared the international intervention in the Balkans a "success story"." - Scott Taylor, award-winning Canadian war reporter and publisher, Esprit de Corps Magazine

"Christopher Deliso provides critical insight into the hypocrisy of Western policy towards the Balkans, now an epicenter for European heroin distribution and processing and a conduit for illegal arms sales, both of which provide financing that sustains global terrorism. This book should be required reading for all members of the U.S. foreign policy establishment." - Sibel Edmonds, Former FBI translator and founder, National Security Whistleblowers Coalition

"Incisive, well-researched and thought-provoking, Christopher Deliso presents a must-read account of how Islamic fundamentalism arrived in the Balkans, and the threat it portends for the future." - Nebojsa Malic, Balkan Affairs columnist, Antiwar.com

Book Description
With all eyes currently focused on the widening conflict in the Middle East and the terrorist threat coming from the region, the West is in danger of overlooking a potent new battleground in the greater "war on terror"--the Balkans. This historically volatile region saw some of the worst violence of the late 20th century in the Yugoslav Wars of Secession. During these conflicts, stunningly shortsighted and politically motivated policies of the United States and its allies directly allowed Islamic mujahedin and terrorist-related entities to establish a foothold in the region--just as with the progenitors of the Taliban a decade earlier in Afghanistan. Although the 9/11 attacks caused a partial reassessment of Western policy, it may already be too late for a region still largely ignored. The proliferation of foreign fundamentalist groups has had a cancerous effect on traditional Balkan Islamic communities, challenging their legitimacy in unprecedented and often violent ways. Well-funded groups like the Saudi-backed Wahabbis continue to exploit internal schisms within local communities, while the international administrations in Bosnia and Kosovo have actually strengthened the grip of local mafia groups--business partners of terrorists. Worst of all, the Western peacekeepers' chronic "don't rock the boat" mentality has allowed extremist groups to operate unchallenged. Nevertheless, regional demographic and cultural trends, coinciding with an increasingly hostile attitude in the larger Muslim world over Western military actions and perceived symbolic provocations, indicate that the lawless Balkans will become increasingly valuable as a strategic base for Islamic radicals over the next two decades. Utilizing the post-al-Qaeda tactics of a decentralized jihad carried out through small, independent cells ("leaderless resistance") while seeking to fundamentally and violently remold Muslim societies, such Balkan-based extremists pose a unique and tangible threat to Western security.

About the Author
CHRISTOPHER DELISO, an American journalist and travel writer based in the Balkans, has been investigating radical Islamic trends in the region for the past six years, in the process discovering emerging threats and groups that had been obscurely or completely unknown to the outside world. Deliso, who holds a master's degree in Byzantine Studies from Oxford University, is director of Balkanalysis.com, a leading independent Balkan news web site. He also serves as field analyst for the Economics Intelligence Unit, London, on Macedonian politics. His freelance articles on Balkan politics, economics, and security issues have been published widely in the mainstream and alternative media in America and abroad.